My wife is Jane.  My daughter is Evelyn.  We have varying numbers of chickens depending on how long ago we last had a fox visit.  And we normally have three of our neighbour’s horses using our stables and paddocks.

And until very recently we had a fantastic cat.  He was a Bengal called Marley – because when we first had him as a kitten he made a huge amount of noise because he was missing his mum.  We decided he was a Wailer – so Marley he became.

He died suddenly at the vet.  We didn’t see it coming and we didn’t say our goodbyes.  So it’s a sad time.  But we were lucky for the twelve years we shared with him. 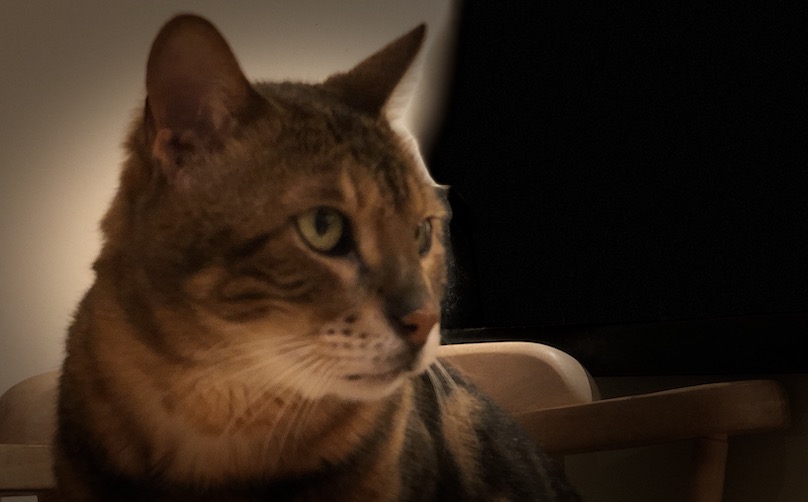 Marley.  We really miss him.

We keep a portrait gallery along our hall way recording happier times.  Here is about half of it. 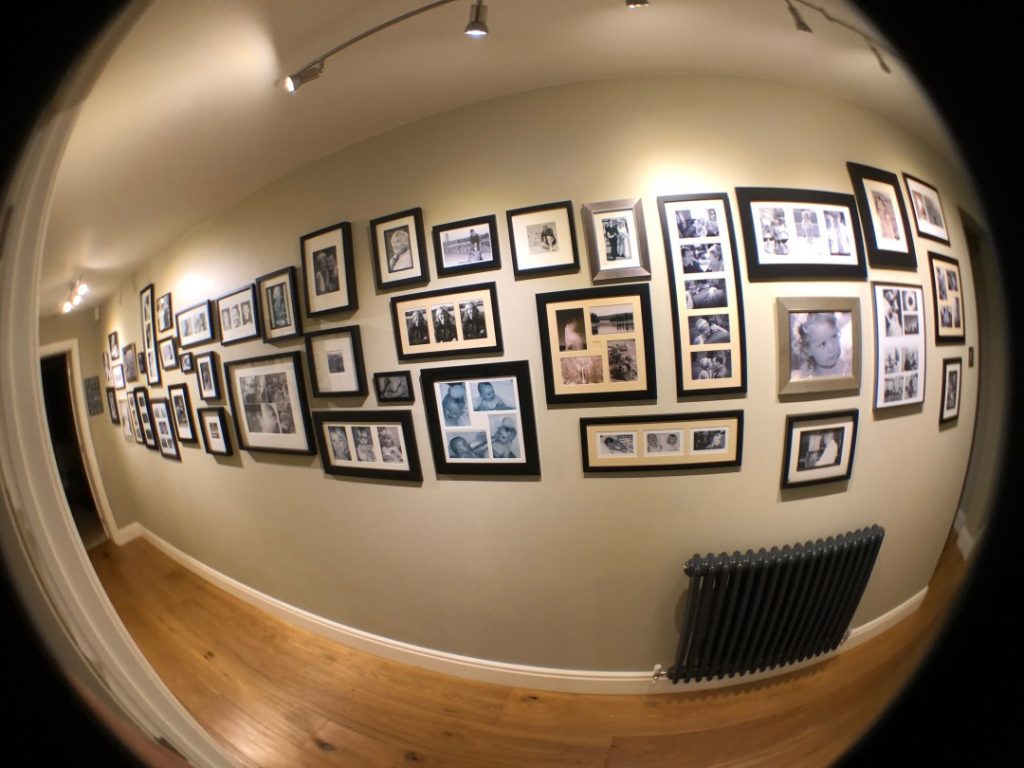 Gallery.  Get your photos off your phone and on the wall!

Last time I counted, we had nearly 200 images on the wall of various family moments.  It makes arriving home very special.  Here are some favourites: 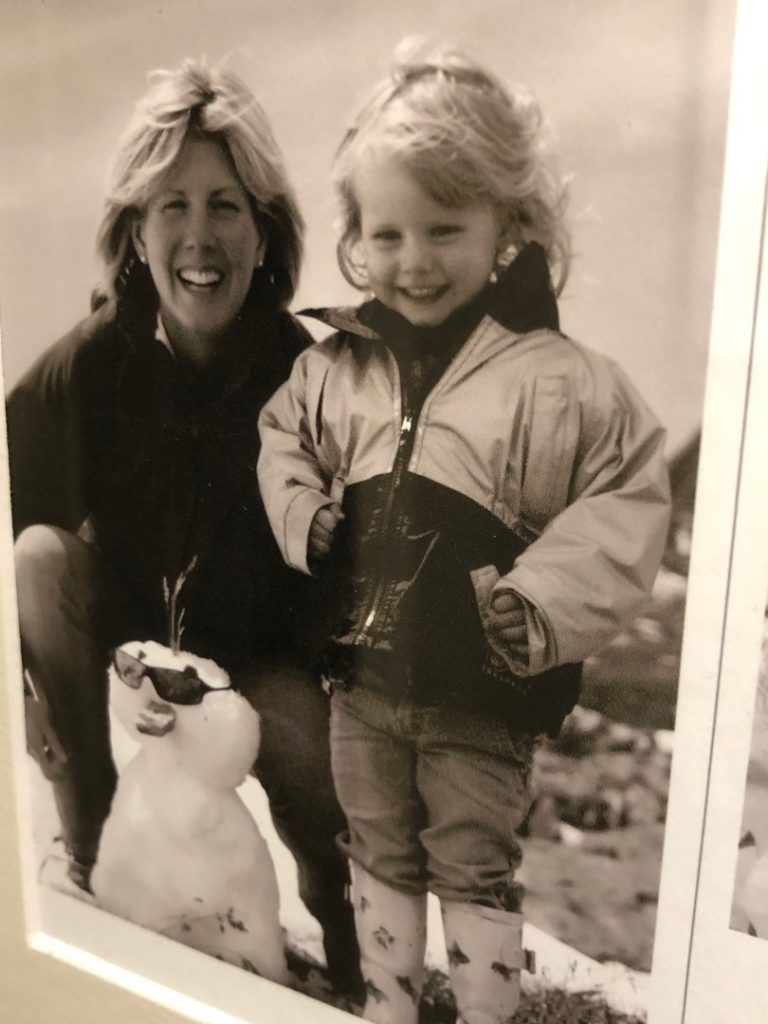 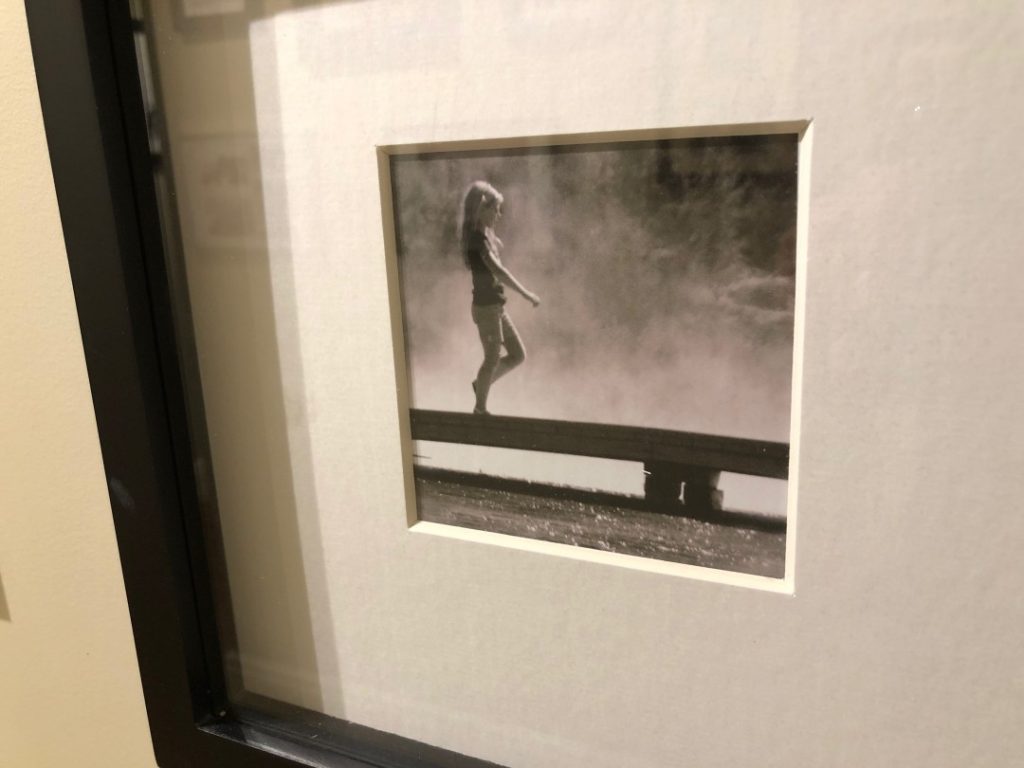 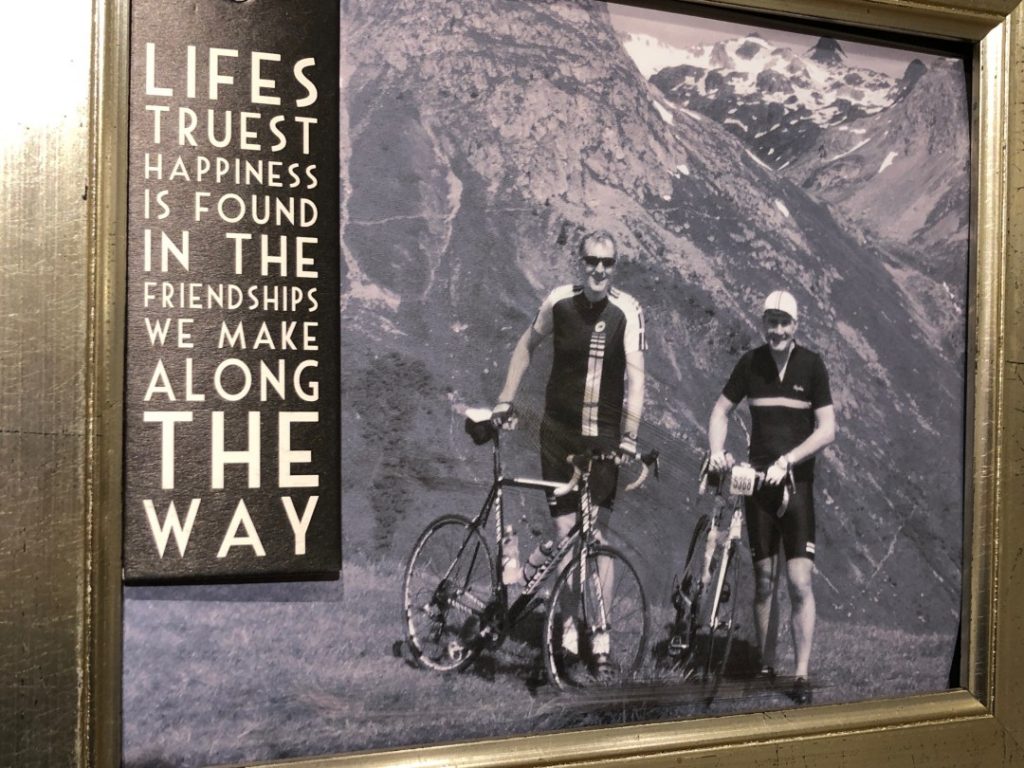 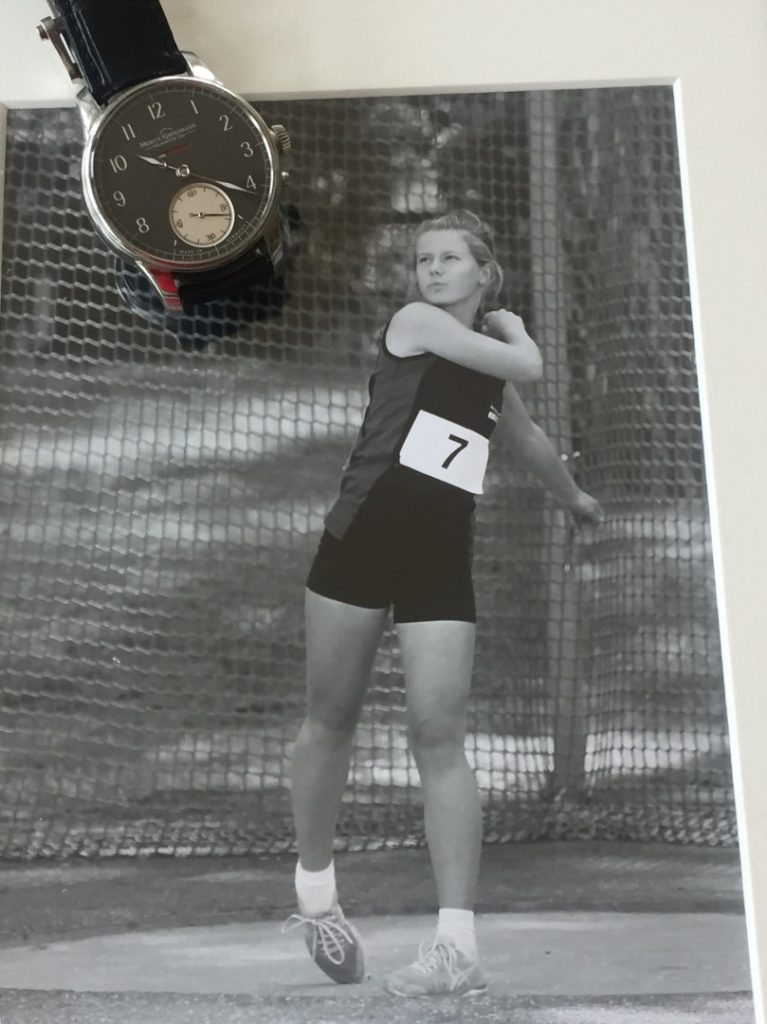 Evie aged thirteen qualifying for National age group finals at discus.  Would have gone further if the discus hadn’t been platinum!

My dad gave me a lift up to Oxford at the beginning of my first term and made a critical dad-mistake.  He said he thought I should get a golf Blue – i.e. get selected to play in the match against Cambridge.  So I made a mental note not to play any golf.  The upside of this was I played college rugby instead.  More girls watched that.

Dad was normally less interventionist than that.  He was always there to support, but normally kept his advice to himself.

I’m sure that part of the reason for that was that he himself never felt the need for advice.  He lied about his age to join the Navy during WWII and escape from an unrewarding home life.  As a consequence, he captained a landing craft that put the Argyll and Sutherland Highlanders ashore on Sword beach at D-Day when he was aged just 19.  What an amazing generation he was part of. 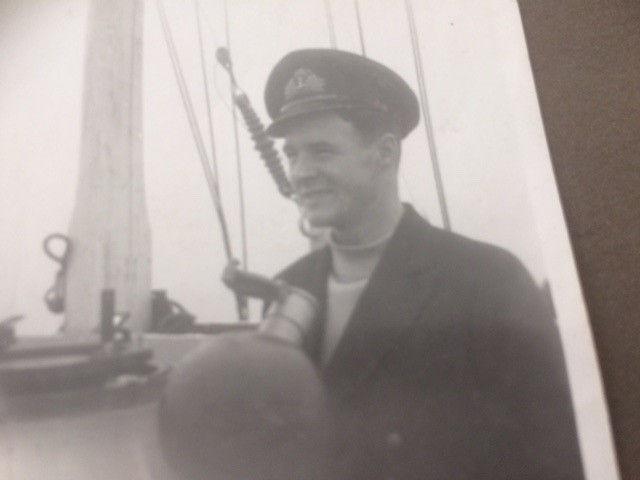 The risk of putting a 19 year old in charge is that he might use his initiative.  When they were holding in the Thames Estuary, dad figured that there must have been a delay and that they wouldn’t be leaving any time soon.  He sweet-talked a WREN into giving him a lift to the quartermaster where he picked up the three months of back rations of rum that he and his crew were due.  Back on board they had a party with the Highlanders.  Three months rations were finished in one sitting.  The Highlanders were flying so high that when the rum ran out, they broke open the compasses in their tanks to get at the alcohol inside.  When they duly landed for D-Day the next afternoon, they were still steaming.  Presumably, it’s as good a way of going into battle as any. 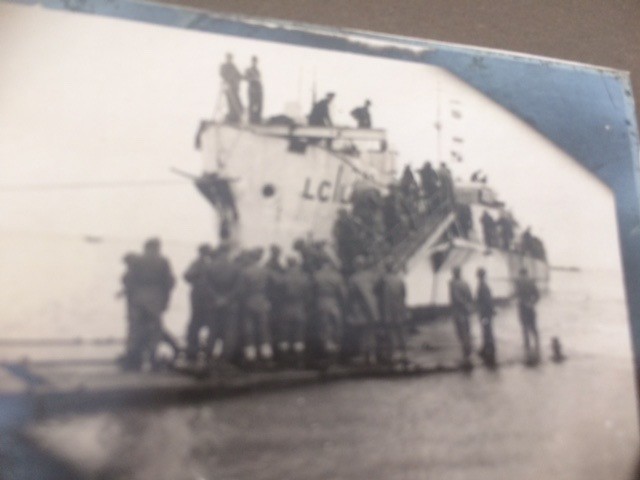 Next stop France.  He knew he shouldn’t have been taking photos – Careless Talk Costs Lives and all that – but he was never really that influenced by rules.

Dad stayed sharp enough to keep them off the rocks, get them landed and get out.  He saw other action in Italy and Burma where he sneaked special forces in and out of the Irrawaddy Delta.  He finished his war scuttling Japanese boats off the Philippines before getting home in 1946.

I inherited his Royal Navy issue Omega which had been through all of this with him. I’ve had it serviced and (stupidly) re-strapped.  The original strap was filthy and I threw away before I knew what I had.

It still keeps good time and it gets really admiring looks today at RedBar events.

Patina is what you get when you survive the war and reach the age of 80….. 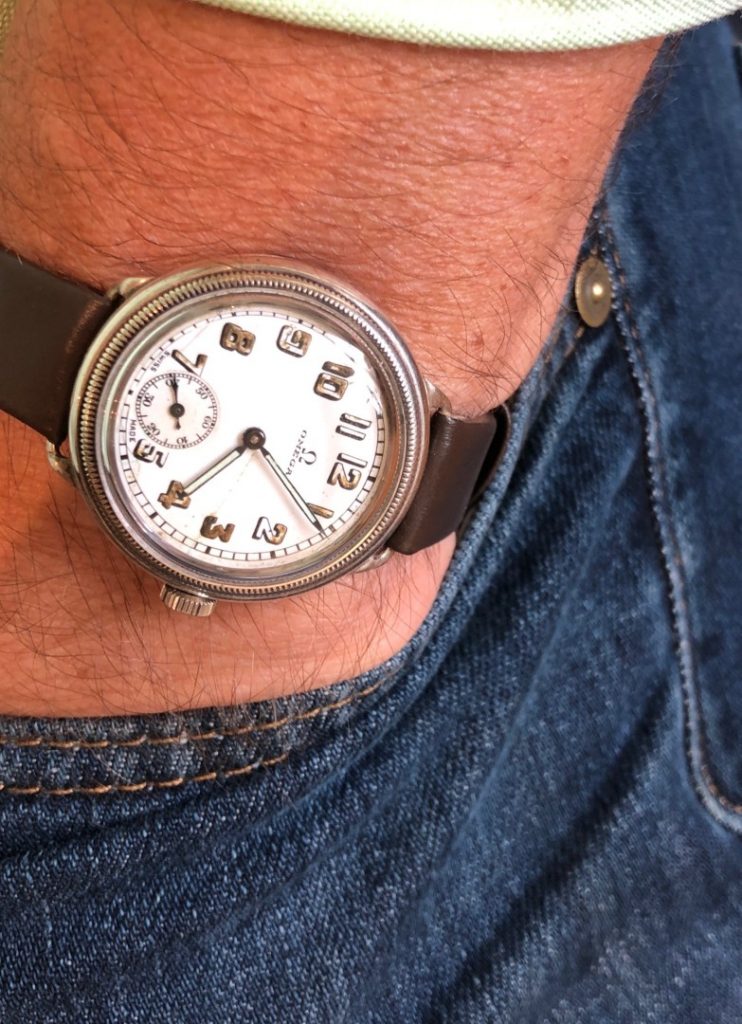 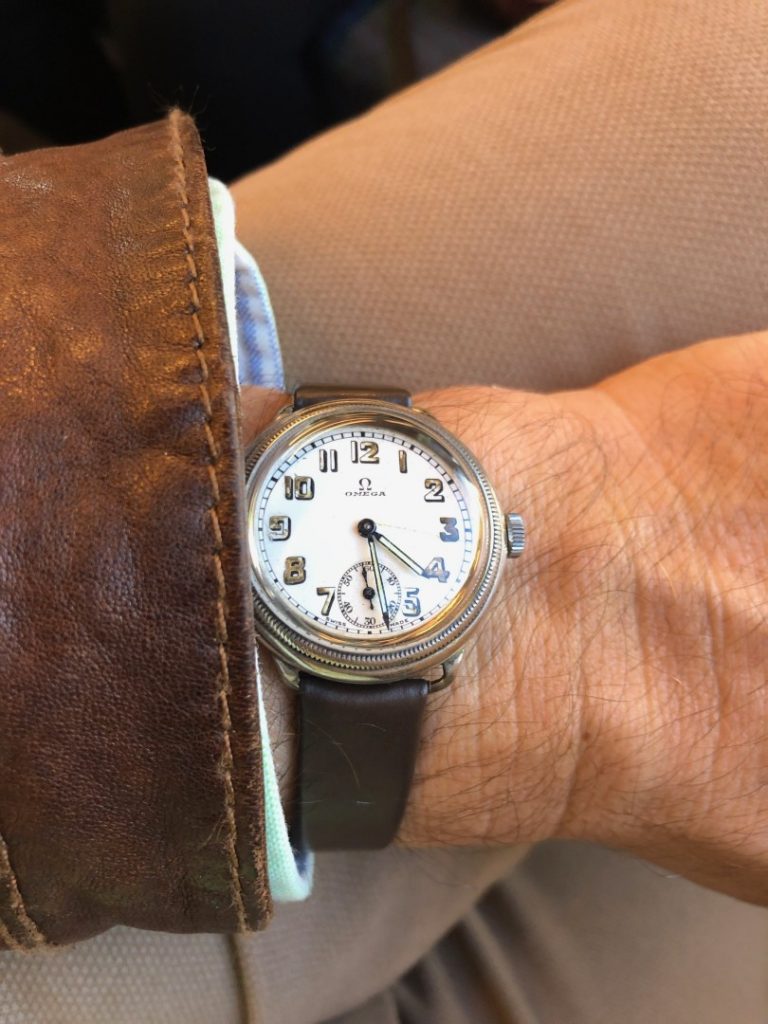 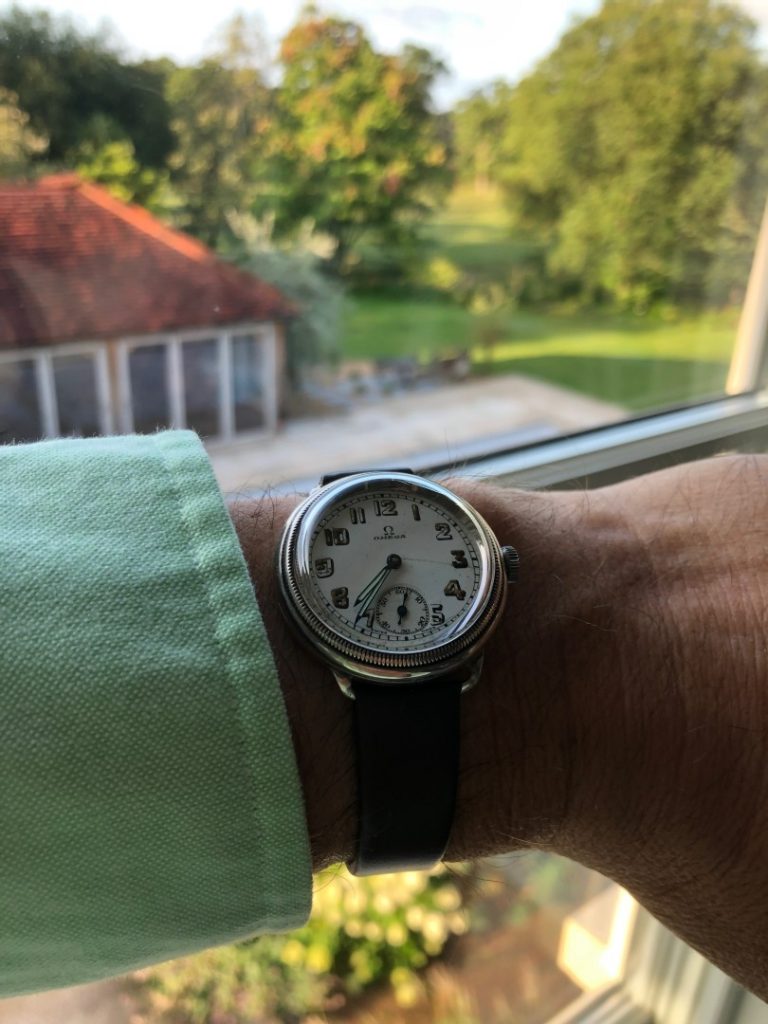 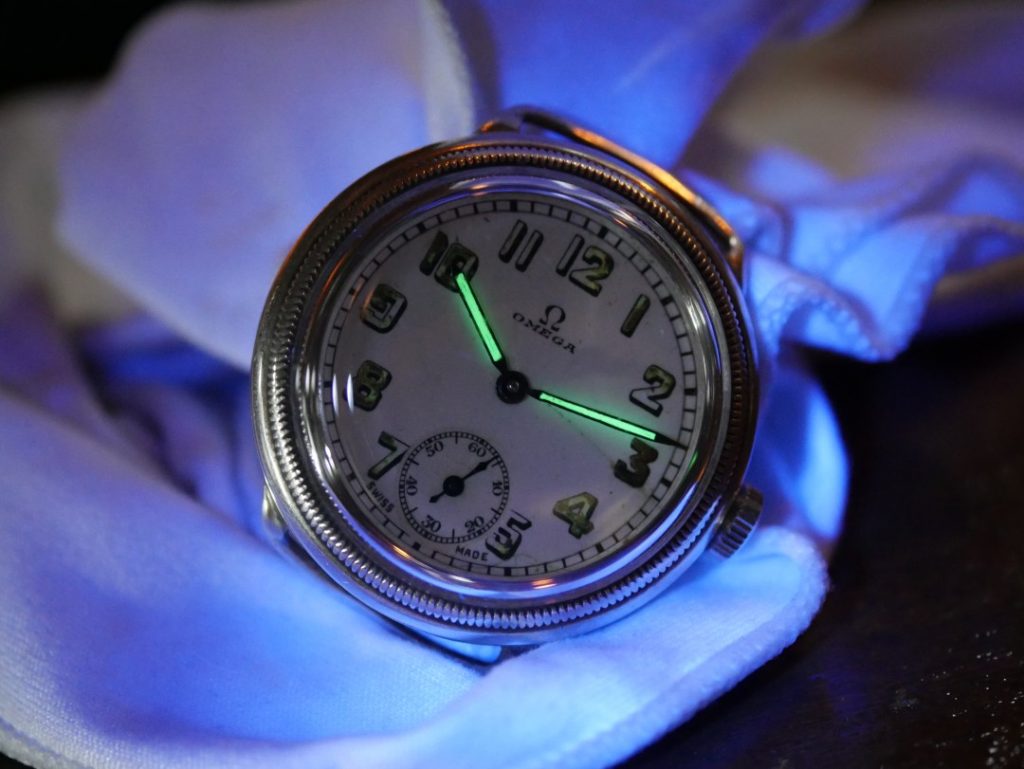 Radium lume.  Not for snacking on apparently.  Pic @watchrant 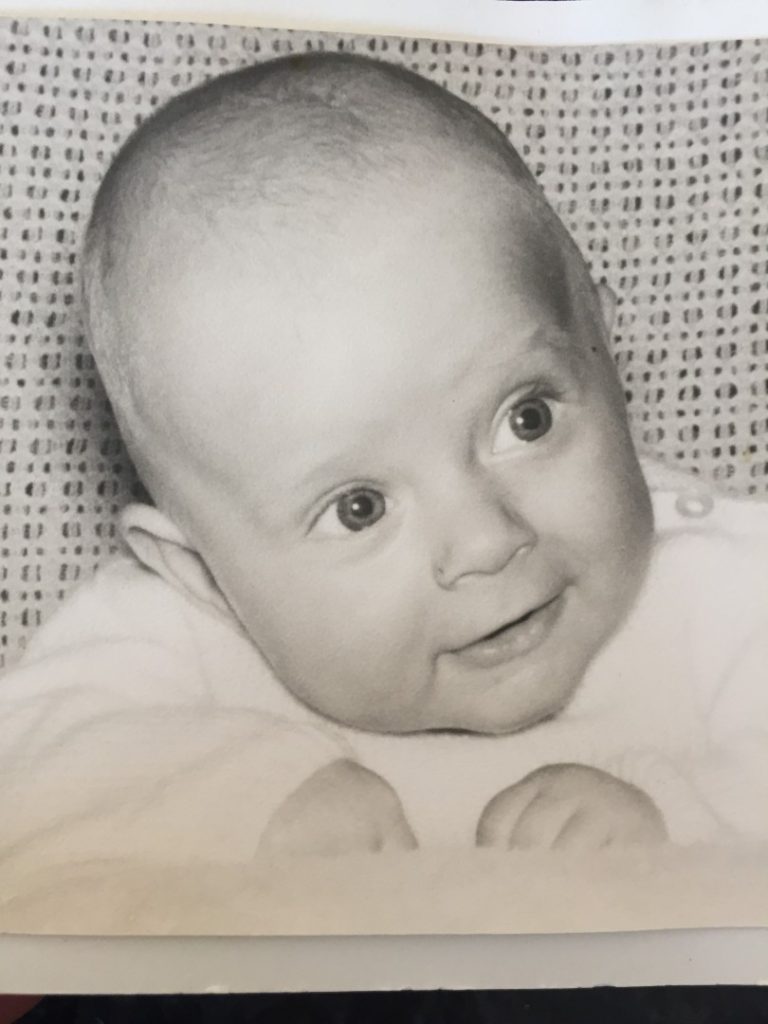 Lucky me.  The face of a kid who’s just learnt he’ll inherit his dad’s Omega one day.

If you’ve heard the Podcast on Scottishwatches.co.uk you’ll know I was a spy.  We know this because I speak (kind of) three other languages and went to Oxbridge.  And Rick said that makes me a spy.

The stand out feature of my CV however is that I was Oxford University darts champion.  We also won cuppers.  Here’s evidence – chalking up the victories above the door to the Pembroke College JCR Happy Bar.  My victory won me a tie and a half pint, silver plated tankard.  Half pint!  What were they thinking!  I lost it years ago.  Still got the tie though. 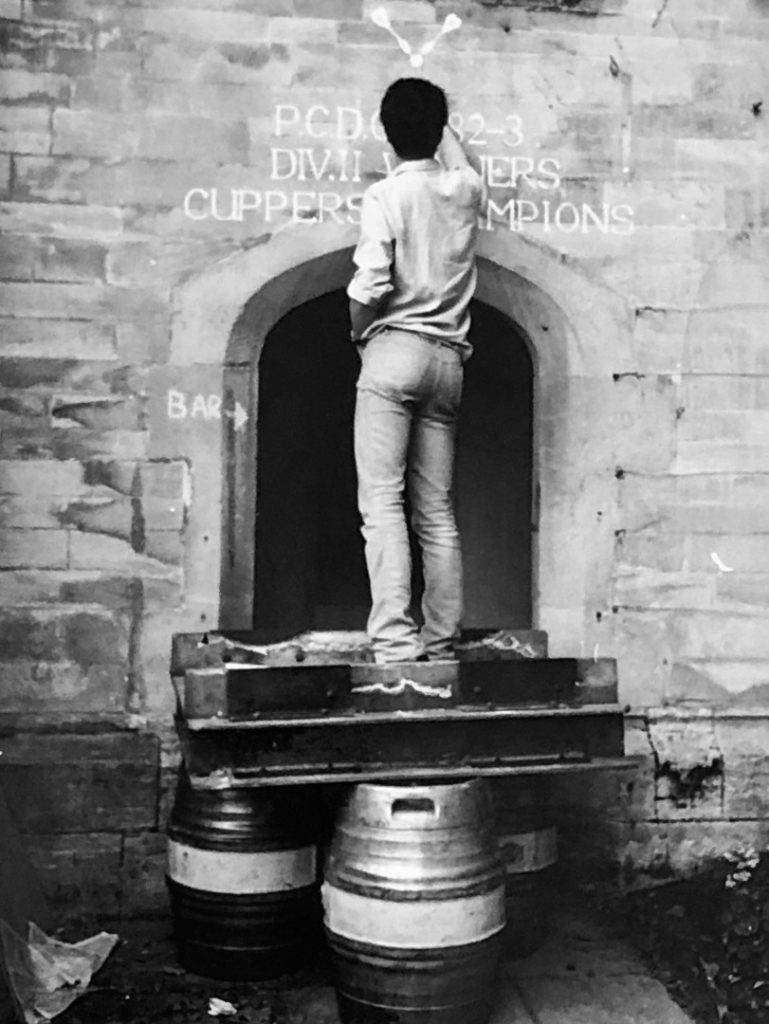 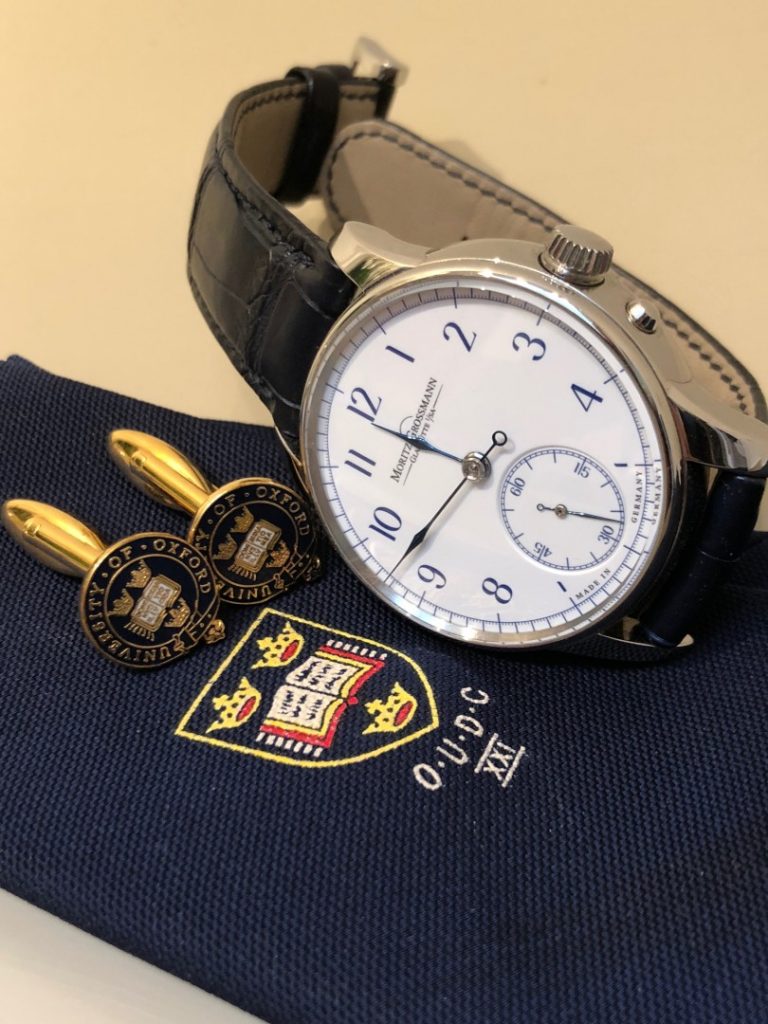 OUDC XXI.  I won the tie.  I bought the cufflinks.  And the watch.

I think I said I can be impetuous.

I was sitting on a sticky bar stool, in a scruffy pub in Fulham whilst half way down a pint of Guinness.  Jane went to powder her nose and I had a moment to reflect.

We’d been out shopping together.  Simple enough task, but I had enjoyed just hanging out with her a lot.  So I decided I should ask her to marry me.

There’s nothing like the present, so I asked her as soon as she got back from the loo.  She gave me a “can’t you think of a more romantic venue than this” kind of a look, but said yes anyway.  Hoorah!

I didn’t have a ring, so we had to go shopping again.  We knew we wanted to get the ring hand made by a local jeweller, so we just went searching for ideas in swanky jewellery stores.

Emerging from a back door at Harrods, we needed a little something.  Across the road was a basement brasserie, so we dived in there.  We ordered fish and chips – and champagne.  Classic combination.

Our waiter was a strapping young American – looked like he was travelling before going to college.  He popped the cork and poured.  I asked him if we could keep the cork.  He looked quizzical, so I told him that we were trying to fill a champagne bucket with corks in a year.

He got a big tip. 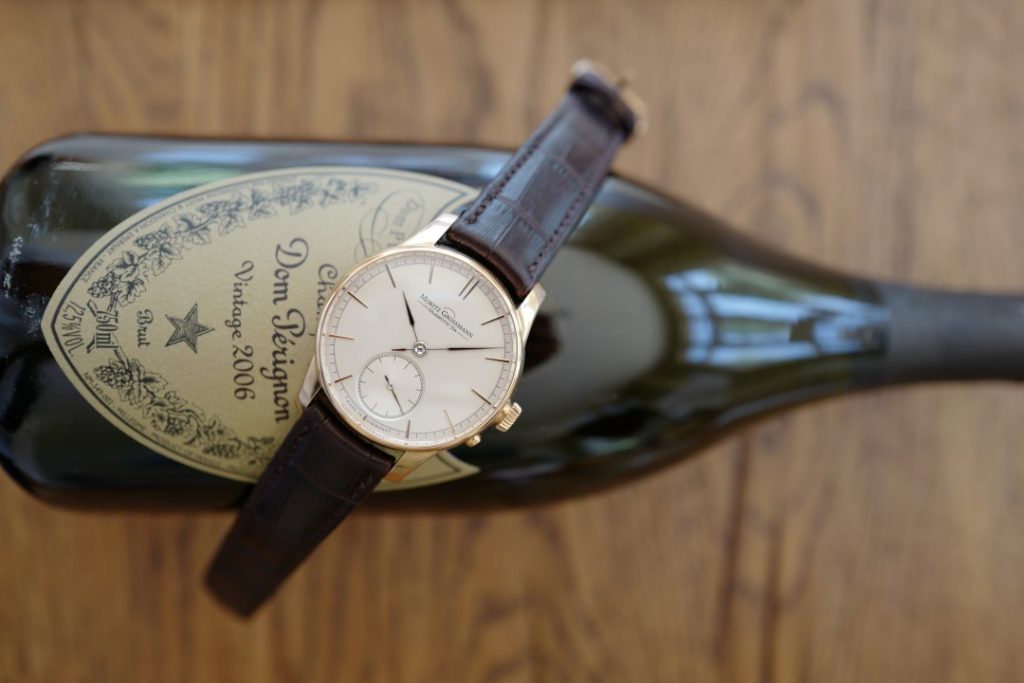 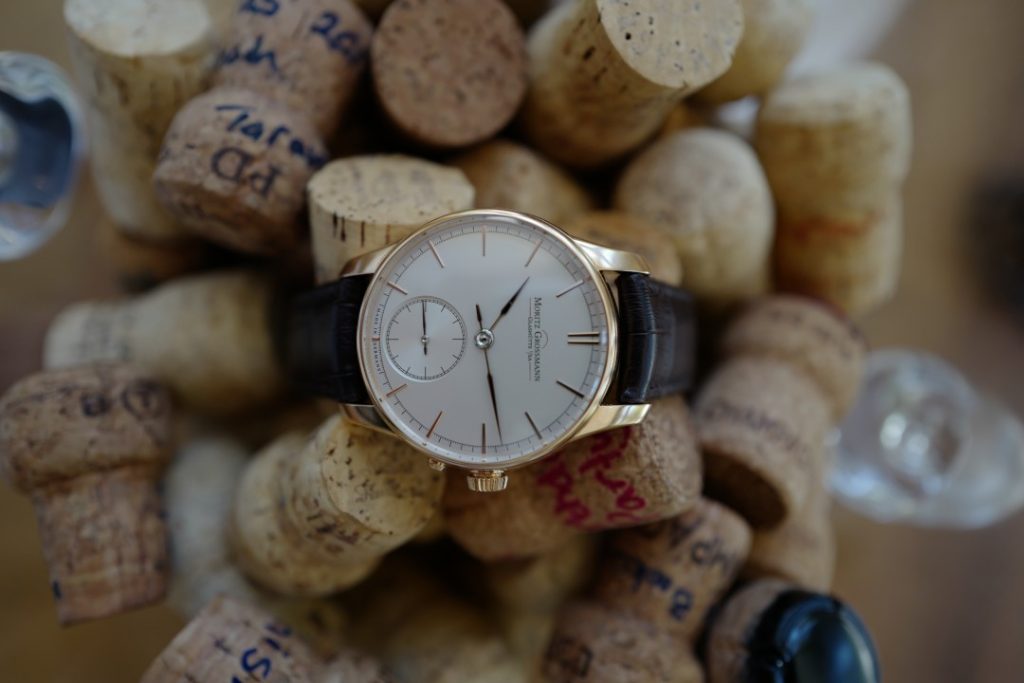 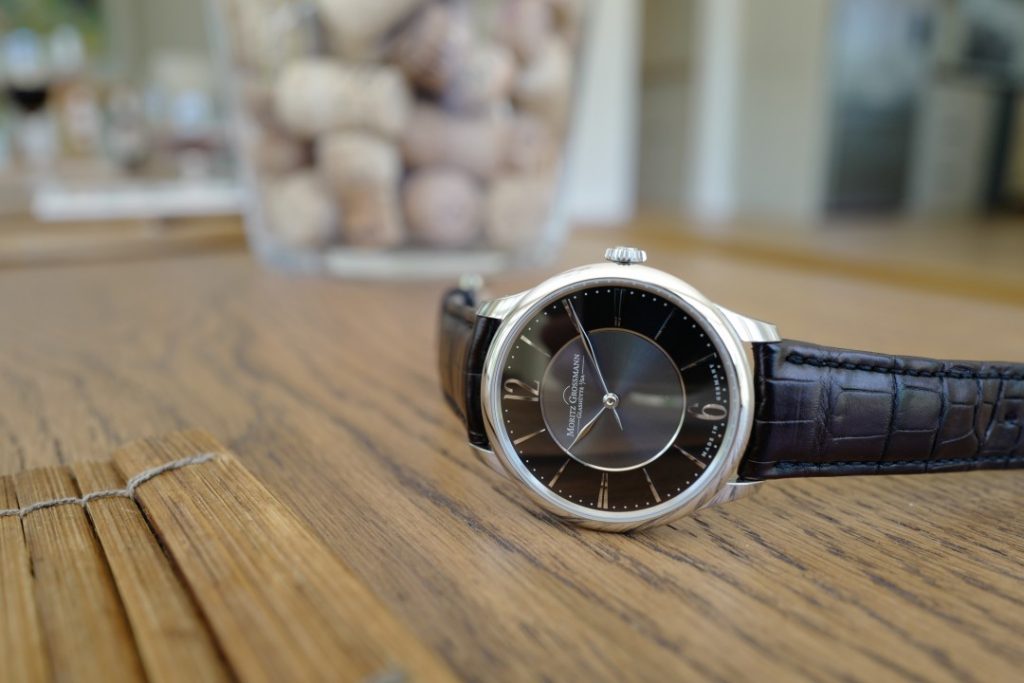